Two exceptional child talents will feature at today’s concert, joined by love for music, as well
as by affection for mathematics. Teo Gertler excelled at one of the most exacting international competitions of young violinists in Lublin, Poland and won the Grand Prix there. Teo has played solo accompanied by the Moscow Philharmonic and he will certainly for a long time remember his meeting with Plácido Domingo on the occasion of his concert taking place in Lincoln Centre in New York.
Ryan Martin Bradshaw is of Australian-Slovak origin. Since 2016 he’s been attending the
University of Music and Performing Arts in Vienna in the class of Prof. Vladimir Kharin for
specially gifted children, where he received an opportunity to play for Martha Argerich as
the only student from the keyboard department. He is a laureate of 14 international piano
competitions, let us mention only the year 2019: victory at the Chopin Piano Competition
for Children (and Youth) in Szafarnia, Poland, at Vladimir Krainev competition in Moscow
and in Aarhus, Denmark. Since he was 8 he has been increasing his experience in playing
with the orchestra, and he has already played with the Russian Philharmonic led by Vladimir
Spivakov. 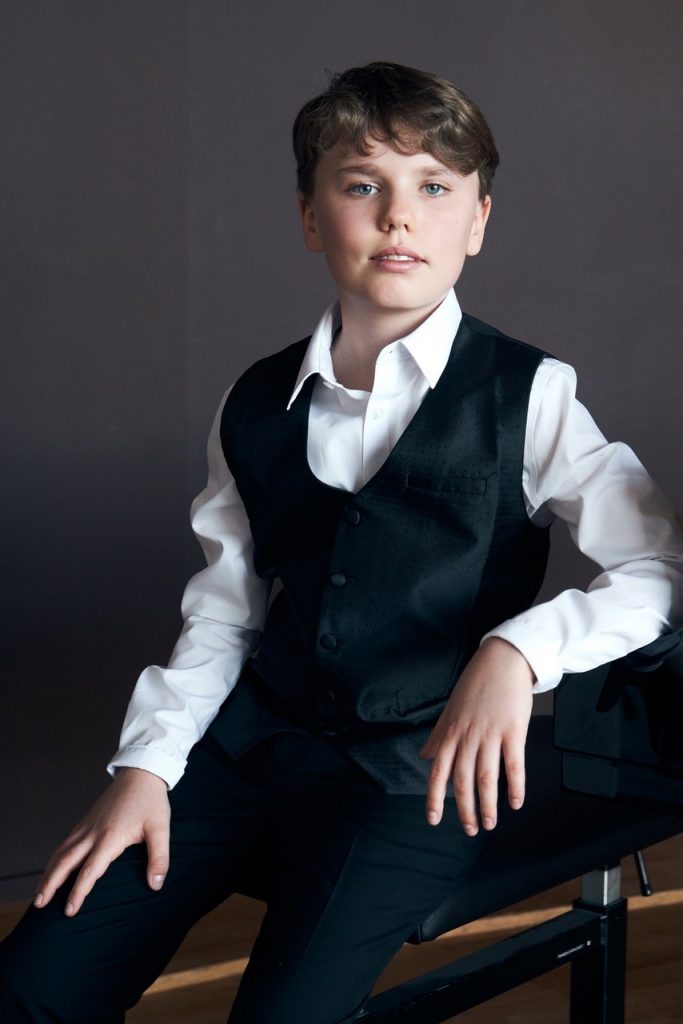