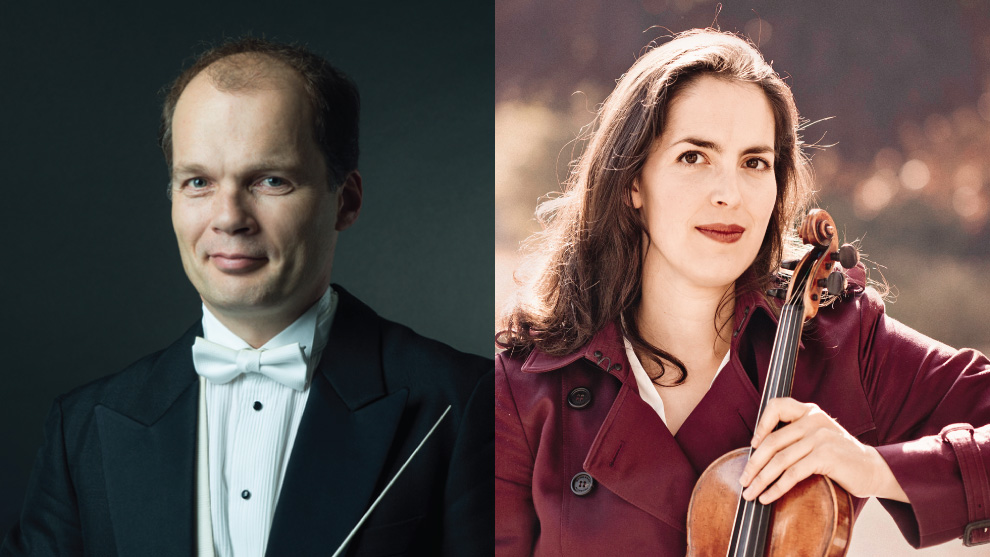 On the occasion of the 50th anniversary of its establishment The Slovak State Philharmonic Košice opens the night with the work by East-Slovak native Jozef Grešák, who drew on powerful ethnic foundations of his home region and could join the folk music models spontaneously with modern techniques. His Chamber Symphony inspired by the folk nuptials is a work of only a 16-year-old composer. The Finn Jean Sibelius never quoted any Finnish or Karelian chants, yet his music is exclusively Finnish. Perhaps only in the famous Violin Concerto he gave way more to European tradition. In the field of sacred music Antonín Dvořák drew attention specially by his Stabat Mater and Requiem. However, the composer himself valued also a charming Mass in D major, which he composed – in addition to the fact that it was a commission – mostly for his own delight, as a declaration of joy of life, nature, faith.

In Sibelius’ concerto the solo is played by Sophia Jaffé, whose “noble masterful rendition enhancing the musical experience” was appreciated also at the Queen Elisabeth Competition in Brussels (2005). The celebrating Slovak State Philharmonic Košice appears at the festival under the baton of its current music director Zbyněk Müller for the first time.