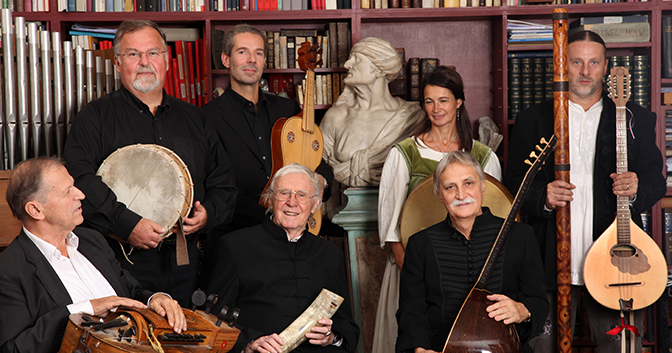 The programme of an interesting international ensemble will carry us to the 17th century focusing mainly on the music by Giacomo Carissimi, the Italian composer nicknamed “the father of oratorio”, the musical form typical for the whole Baroque period. He was an acclaimed music teacher and followed Monteverdi in his work. He contributed significantly to the development of recitativo.
Carissimi concluded also the evolution of madrigal, a typical Renaissance form, which he transformed into the shape of a concert cantata.
The vocal-instrumental group Clemencic Consort was founded in Vienna in the 1960s and specializes in the performance of early music using period instruments.