The world-known Mariinsky Theatre Orchestra in St. Petersburg led by legendary
Valery Gergiev opens its festival appearance with the Concerto for Orchestra No. 1
Naughty Limericks written in 1963 by the doyen of Russian music avantgarde Rodion
Shchedrin. The majority of his pieces originated in the era of the former Soviet Union,
and this one, a virtuoso orchestral slapstick in eight minutes, remains popular to this day
and is frequently presented onstage. Sergei Prokofiev wrote the greater part of his fairytale
ballet Cinderella during the war, in 1940–1944. Thanks to a series of charming and
melodious waltzes, it belongs, together with the ballet Romeo and Juliet, to the composer’s
most popular compositions. His Symphony No. 6 in three movements originated in 1947
as a mourning ceremony for tragical war events. “Now we are rejoicing in our great victory,”
wrote Prokofiev in his notes to the work, “but each of us has wounds that cannot be healed.
One has lost those dear to him, another has lost his health. These must not be forgotten.” The premiere of the symphony took place in October 1947 with the Leningrad Philharmonic
under the baton of Yevgenyi Mravinsky. It is a great honour for the BMF that one of the most excellent world ensembles Mariinsky Theatre Orchestra from St. Petersburg comes to the festival and will be led by excellent conductor Valery Gergiev. 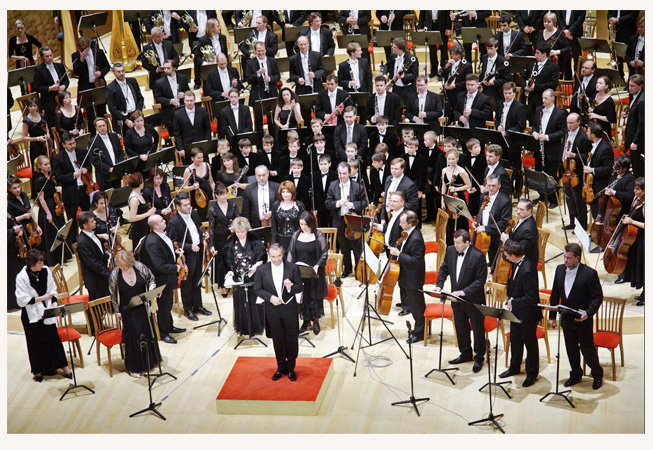